Apple made a couple significant announcements today. The major one is that it has updated its Macbook Pro family of devices, but they have also launched a developer preview of the Mac OS X Lion operating system.

Apple says Lion takes some of the best ideas from the iPad and brings them to the Mac – the tabletization of the desktop computer begins. Ok, maybe it began with the Apple Mac App Store, but either way, it’s happening.

"The iPad has inspired a new generation of innovative features in Lion,” said Philip Schiller, Apple’s senior vice president of Worldwide Product Marketing. "Developers are going to love Mission Control and Launchpad, and can now start adding great new Lion features like full screen, gestures, Versions and Auto Save to their own apps." 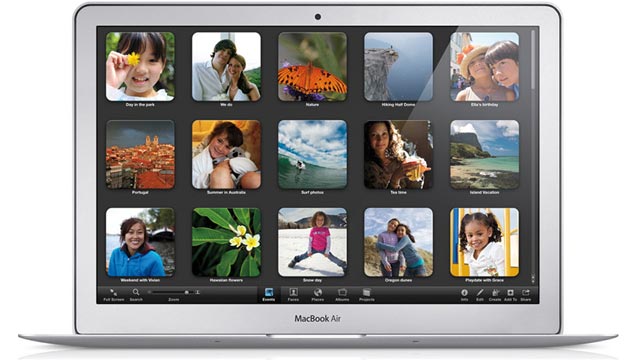 "Mission Control is a powerful, entirely new feature that unifies Exposé, Dashboard, Spaces, and full screen apps to give you a bird’s eye view of every app and window running on your Mac," the company says in the Lion announcement. "With a simple swipe, your desktop zooms out to display your open windows grouped by app, thumbnails of your full screen apps as well as your Dashboard, and allows you to instantly navigate anywhere with a click."

"Launchpad makes it easier than ever to find and launch any app," Apple adds. "With a single click, Launchpad displays all your Mac apps in a stunning full screen layout where you can launch, re-order or organize apps into folders. You can also arrange apps into multiple pages and swipe between them."

– a new version of Mail, with an elegant, widescreen layout inspired by the iPad; Conversations, which automatically groups related messages into one easy to read timeline; more powerful search; and support for Microsoft Exchange 2010;

– AirDrop, a remarkably simple way to copy files wirelessly from one Mac to another with no setup;

– Versions, which automatically saves successive versions of your document as you create it, and gives you an easy way to browse, edit and even revert to previous versions;

– Resume, which conveniently brings your apps back exactly how you left them when you restart your Mac or quit and relaunch an app;

– Auto Save, which automatically saves your documents as you work;

the all new FileVault, that provides high performance full disk encryption for local and external drives, and the ability to wipe data from your Mac instantaneously; and

This is the eighth major operating system release for Mac.