Apple announced today that Bertrand Serlet, the Senior Vice President of Mac Software engineering is leaving the company after working with Apple CEO Steve Jobs for over two decades.

Serlet, who has reported directly to Jobs himself, had this to say: “I’ve worked with Steve for 22 years and have had an incredible time developing products at both NeXT and Apple, but at this point, I want to focus less on products and more on science.” 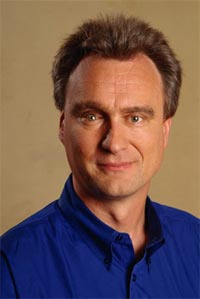 Apple’s vice president of Mac Software Engineering, Craig Federighi,  will move up to fill the vacancy at the SVP position, assuming Serlet’s responsibilities and reporting to Steve Jobs. Federighi is responsible for the development of Mac OS X and has been managing the Mac OS software engineering group for the past two years, the company says.

“Craig has done a great job managing the Mac OS team for the past two years, Lion is a great release and the transition should be seamless,” said Serlet.

Federighi is actually on his second stint at apple. Before working for the company he worked at NeXT. After leaving Apple once, he worked at Ariba for a decade in the roles of CTO and VP of Internet Services. He returned to Apple in 2009, when he began leading Mac OS X engineering.

Serlet has been at Apple since 1997, where he has been instrumental in the development of Mac OS X. As VP of Platform Technology, he managed the largest part of the Mac OS software engineering group, according to Apple.

One can’t help but wonder if the rise of Apple’s iOS operating system may have played a role in Serlet’s decision to depart. Clearly, Apple has not abandoned Mac, but there’s no question that iOS and its related devices have become the pride and joy of the company, and will no doubt be a big part of many Apple devices going forward.