Apple said Monday iPad sales have surpassed two million in less than 60 days since its launch on April 3.

Apple began shipping iPad in Australia, Canada, France, Germany, Italy, Japan, Spain, Switzerland and the UK this past Friday. iPad is set to launch in nine more countries in July and additional countries later this year.

"Customers around the world are experiencing the magic of iPad, and seem to be loving it as much as we do," said Steve Jobs, Apple’s CEO.

"We appreciate their patience, and are working hard to build enough iPads for everyone." 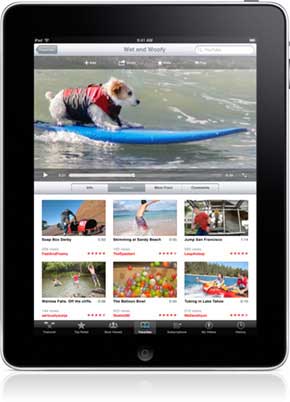 iPads have been on sale longer than the April 3 launch date. Apple’s sales figures include pre-orders in the U.S., which began March 12.

Apple’s iPad sales are significantly higher that what most analysts predicted earlier this year. After Apple introduced the iPad in January, analysts forecast it would sell between 175,000 and 778,000 devices monthly.

Developers have created over 5,000 new apps for the iPad since its launch. IPad will run most of the more than 200,000 apps in the App Store.