Apple announced that it expects sales of Apple TV to top one million units later this week.

With all the stories in the media about how TV networks don’t want to cooperate with Google TV, it would not be surprising to see would-be customers opt for Apple’s device instead, especially with the company’s strong track record of devices like the iPad and iPhone. Add the iPhone functionality of Apple TV, it’s just a more attractive buy for consumers right now. 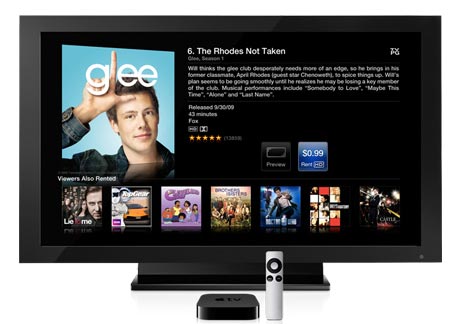 While Apple anticipates increased sales of its device, Google is struggling with delays for additional devices running its Google TV platform. This week, reports came out that Google has requested that manufacturers hold off as it tweaks its software. With the Consumer Electronics Show just around the corner (a huge event for showing off things like this), things are not looking great for Google TV’s immediate future.

That’s not to say that the product is dead. The true potential of Google TV is likely to be realized once the platform gets picked up on a wider array of devices, like Netflix streaming has done, or even Google’s own Android. That’s when we’ll see lower prices on some devices, and availability on devices that make more sense for individual consumers.

For example, with Sony being one of Google TV’s initial partners, I would not rule out the possibility of Google TV coming to Sony Playstation sometime down the road. Things like this could make a huge difference for the success of the platform. We’ll see what Google’s doing with it (that’s causing the delay) as well.

In the meantime, it would appear that Apple will have a better holiday season in the connected television space.

Webmasters Concerned About Lost Traffic Due to Google Notifications