comScore has released the top 15 ad networks based on their reach among U.S. Internet users in December 2009.

The fastest growing ad network by audience reach among the top 15 was Microsoft Media Network, which grew 31 percent compared to a year ago, followed by Collective Network (up 22%) and Audience Science (up 16%). 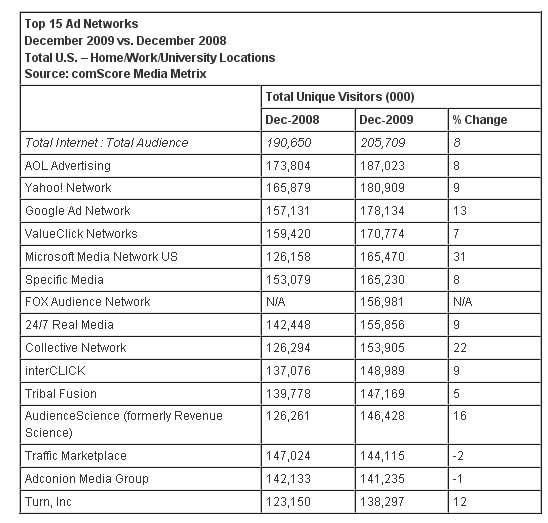 "Increasingly, however, ad networks are improving their capability for reaching more targeted audiences as well, which delivers enhanced value to advertisers and helps sustain higher CPMs for the channel. 2010 should bring us continued innovation and performance from this growing online sector."