AOL Gets Big on Video

AOL has launched a new AOL Video division, which the company says will aggregate its online video library assets under one "strategic umbrella." The company also says it delivers on the entire video value chain from creation through syndication to distribution, consumer experience and monetization.

YouTube has a new competitor. AOL’s video streams increased from 192 million in July to 493 million in October following the company’s acquisition of 5min Media, the co-founder of which (Ran Harnevo) will oversee AOL Video.

"In just a few short months, you can see by the data that our commitment to video is really paying off for users and advertisers," said David Eun, President of AOL Media & Studios. "We have no doubt that video is the future of content on the Web, and AOL’s goal is to be the market leader at every point on the value chain. Our distribution capability is the keystone that links the high-quality video content we create at AOL to the premium publishers that carry it, the engaged users who consume it, and the premium brands that partner with us to create it." 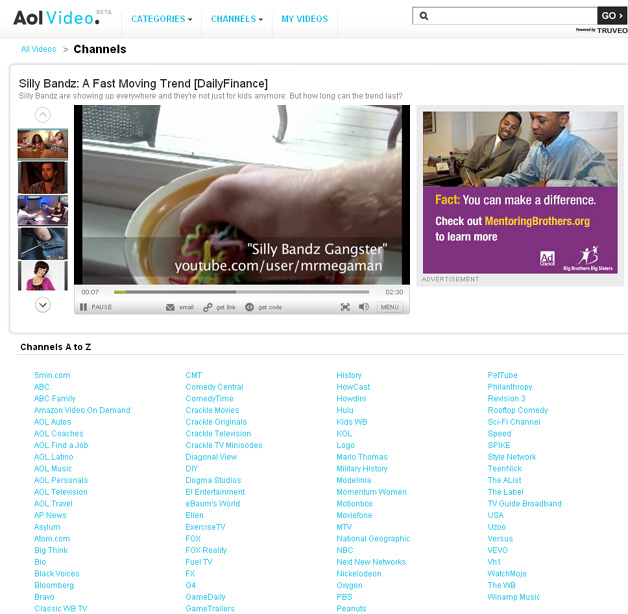 The company has its own HD studios in L.A. and New York for producing its own original content. This year the company has closed deals with over 20 premium content partners and digital studios.

From here on out, we can likely expect AOL to announce a lot more video content partnerships, it’s good timing with more connected TV devices hitting the market.

Mobile Users Are Using Their Devices in Your Store. Are You Taking Advantage?