According to various reports, AOL has bought Outside.In, and will announce that today. The price hasn’t been confirmed, but Business Insider says it’s been told that it’s less than $10 million.

Outside.In will evidently become integrated with AOL’s Patch property – the hyperlocal news service, which sounds about right, considering hyperlocal is what Outside.In is all about.

Outside.In aggregates headlines and blog posts at the hyperlocal level, as well as links to events, local venues, etc. 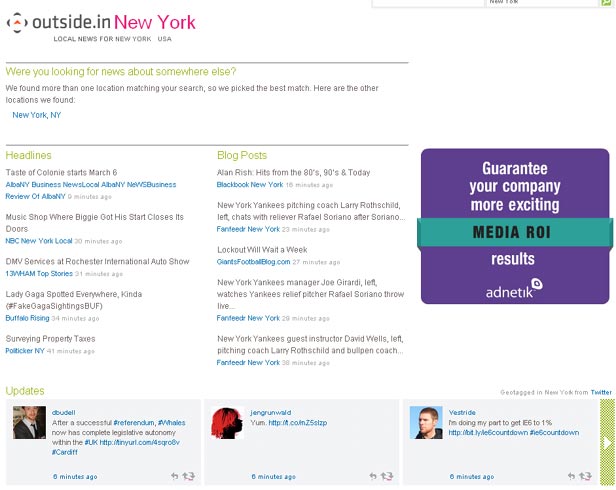 Outside.In pitches itself as  the leading provider of hyperlocal business solutions for:

The acquisition follows AOL’s pattern of buying up content-related sites. Other recent acquisitions include The Huffington Post and TechCrunch.