City’s Best local editors and writers in each market have visited and selected the best food,  and entertainment destinations in each city creating directory listings for each. AOL will invite local users to chose the most popular spots. 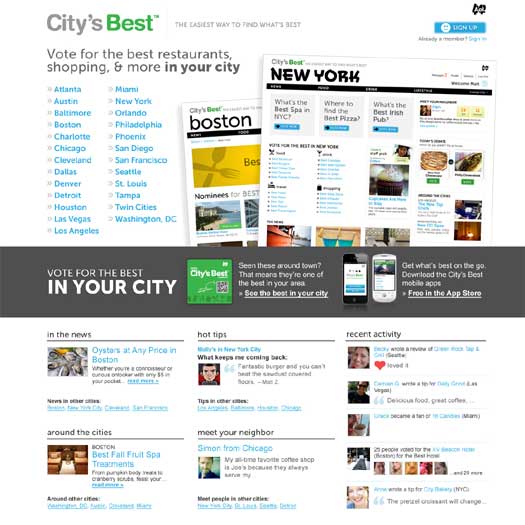 Users can vote starting today on City’s Best  through November 30. Users can vote on categories including burgers, cheap eats, after work bar, sports bar, pizza, live music and family friendly restaurants.  A winner will be announced for each of the categories in all 25 markets on December 14.

During the voting, the businesses selected in each category will be featured on  City’s Best. MapQuest will integrate City’s Best content into its site and Patch will promote listings for businesses and communities.