AOL has acquired a video platform company called StudioNow. The company says the deal will allow it to integrate a "fully functional video creation platform" into its newly launched content management system, Speed.com. StudioNow will also continue to operate its existing business as well. This includes online video creation, management, storage, and syndication. 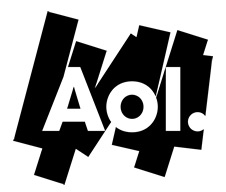 "The successful combination of a talented team, innovative technology, seasoned/professional video creators and strong client service has rapidly established StudioNow as a leader in online video creation and syndication. Those strengths bring AOL significant strategic benefits and we’re delighted that StudioNow is joining the AOL family," said AOL CEO Tim Armstrong. "Premium original video creation is a fundamental part of AOL’s strategy to offer consumers world-class, stimulating content at scale and the integration of StudioNow into Seed.com will enable us to increase our video content/offerings significantly."

"The distributed production capabilities offered by StudioNow, combined with our in-house production studio and video resources, help position AOL to capitalize even more fully on the projected growth of video as it establishes itself as a key form of brand advertising in the digital space," said Armstrong.

To give you a little better idea of just how seriously AOL is taking video, the company refers to estimates from eMarketer, which project an increase in online video advertising spending from $734 million in 2008 to $5.2 billion by 2014. AOL says this growth will far outpace any other online format.

The deal closed on Friday, and is valued at $36.5 million in cash and stock.

> The New AOL Is Now Live