Another Report Has Android Moving Up Quickly

Here are the top manufacturers and devices: 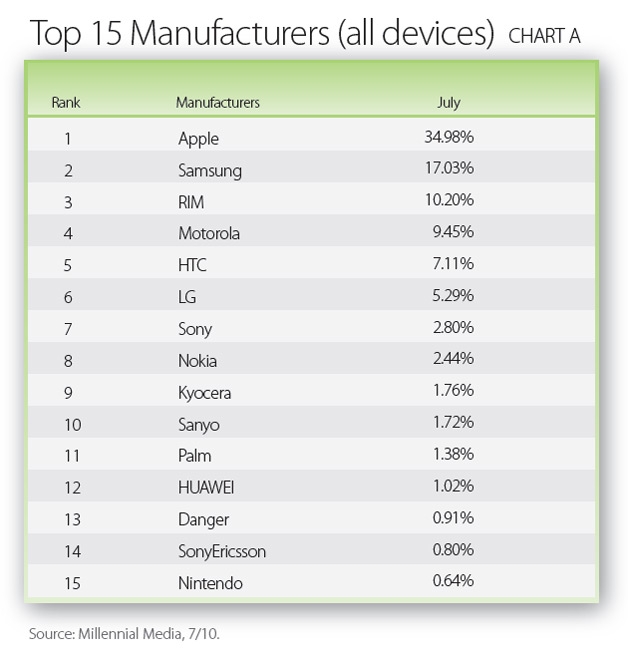 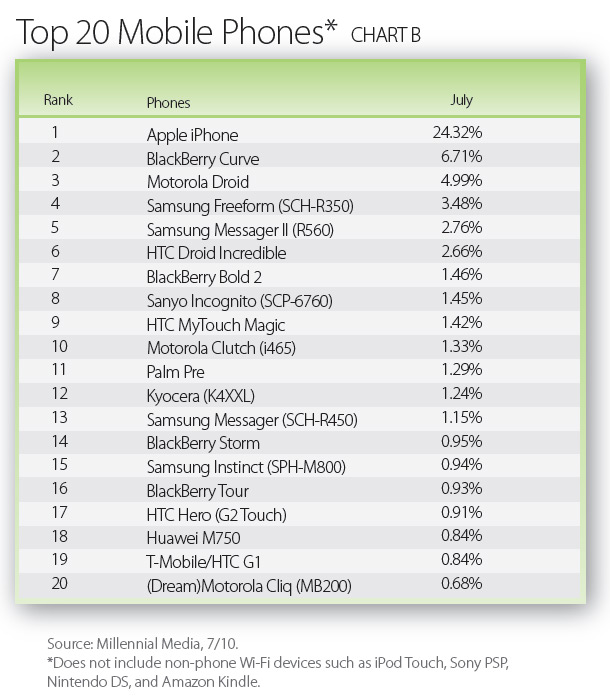 There was a significant increase in app developers programming for RIM’s platform. RIM apps represented 11% of the US Developer Platform Usage Mix. This was a increase of 9%, and represents the increased importance app developers are placing on the RIM platform, the firm says.

Smartphones and connected devices increased their impression share 7%, and now represent 68% of the total impression share. Millennial says this is an example of the continued demand consumers have for a rich media experience they cannot get on a feature phone.