While eReaders are still becoming mainstream, the Amazon Kindle leads its competitors in brand recognition, with 61 percent of consumers having heard of the device, according to a new report from PriceGrabber. 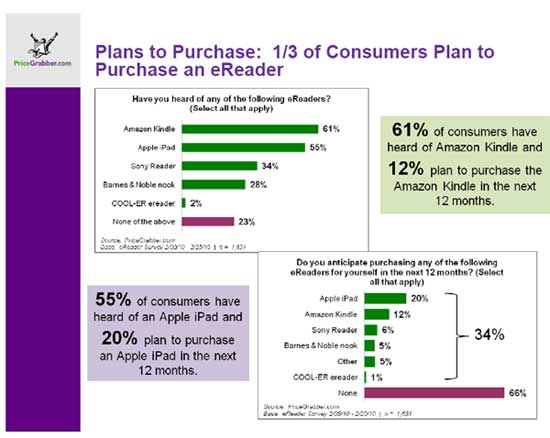 PriceGrabber predicts the touchscreen feature alone likely will not convince consumers to buy an eReader, but eReaders have many features consumers find appealing. Forty-five percent said the touchscreen was an appealing feature of the eReader. Thirty-nine percent of consumers like the portable size, and 37 percent find the availability of eBooks  appealing.

Game Over For Google In China?