Office supply retailer Staples said today it will begin selling Amazon’s Kindle in all of its stores this fall. 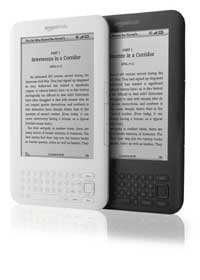 “As part of our efforts to offer customers a wide range of top technology products and services at amazing values, the new Kindle is a natural fit,” said Jevin Eagle, executive vice president of merchandising and marketing at Staples.

The Kindle Store features more than 670,000 books, including new releases and New York Times Best Sellers. Over 550,000 of these books are available for $9.99.

Staples said it will also carry a variety of Kindle assortments and will allow its customers to test the device via in-store interactive displays.

Amazon began selling its Kindle’s in Target stores in June. Prior to that the Kindle was only available from Amazon. Amazon boasts the Kindle is its “best selling” product but has never released sales figures for the device.

Half of Mobile Users Don't Know When Their Contracts Are Up