Rumors have indicated that Google could acquire a company called Next New Networks since at least December, and as of now, neither company has anything to announce.  A new round of reports has surfaced, however, indicating that the purchase might soon occur.

The acquisition would make sense in a number of ways.  First, whether or not you’ve heard of Next New Networks, it’s rather big.  The company claims to have scored 1.5 billion views, more than 5 million subscribers, and 10 Webby Awards since its launch in 2007. 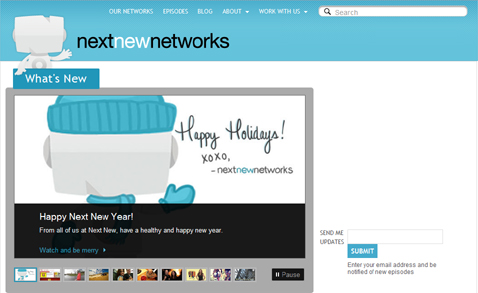 Also, YouTube’s been dabbling with original content for some time, and that just happens to be the specialty of Next New Networks.  (The two organizations actually partnered prior to December, so everything presumably went well.)

Finally, other Next New Networks partners include Amazon, AOL, Hulu, TiVo, and Yahoo, meaning an acquisition would provide Google with an easy way of making some important friends (and/or undercutting a few rivals).

So stay tuned.  And although nothing’s certain, Jessica E. Vascellaro and Amir Efrati wrote with respect to dollar amounts and timing, "Google is expected to pay tens of millions of dollars for the New York-based company . . . .  [A] deal could be announced in the coming week."

We’ll be sure to report any significant updates.