Nostalgia is a funny thing. It has the ability to turn mediocre things into paragons of entertainment and can force reverence of things not worthy of such an emotion. Basically, it’s terrible when you go back to things you loved as a child, only to find that they actually kind of suck.

That’s why 90’s Nickelodeon programming is so special to so many people – because it doesn’t disappoint. You loved it back then, and you love it now. The fog of time hasn’t clouded your judgment. Seriously, I just watched an episode of Rocko’s Modern Life on Netflix and enjoyed every second of it.

That’s why people were so happy about TeenNick’s decision to bring back some of the classics and air them weeknights at midnight.

So it fills me with great joy to present to you a particular Tumblr blog called FANARTICA. Created just 11 days ago, the blog joins together 19 artists who want to relive their favorite aspects of pop culture through art.

Here’s what they say about the blog –

A club of illustrators, taking some time out to pay homage to our favorite bits of pop culture.

Fanartica is a cold, cold place. Huddling in groups is the best way to stay warm. So gather ’round.

Their first theme in their “homage” is, you guessed it , 90’s Nickelodeon. The art covers many of the great shows, including Pete & Pete, Aaahh!!! Real Monsters, Ren & Stimpy, and Salute Your Shorts. There’s even a Weinerville reference. So far, the most common character to whom the artists have given their interpretations is Artie, the strongest man in the world (from Pete & Pete)

Along with the lead image, here are some of my favorites (Promethius & Bob, Powedered Toast Man from Ren & Stimpy and Rocko, respectively) – 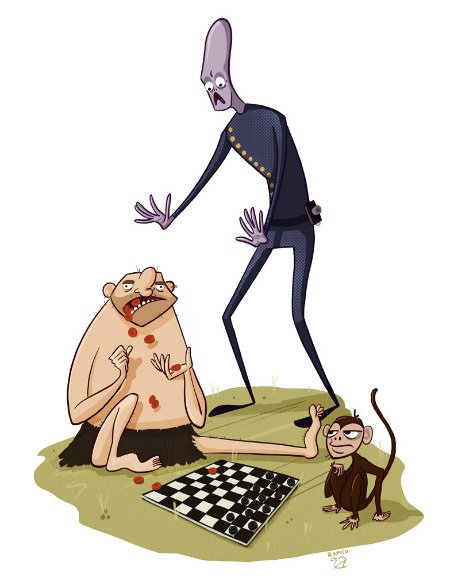 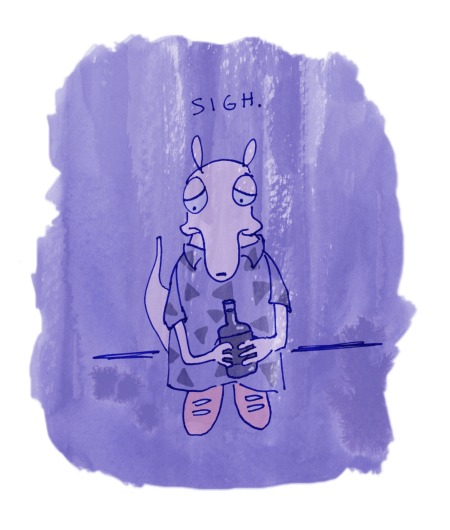 And did you know that yesterday marked the 20th birthday of Nicktoons? On Sunday, August 11th 1991 three early classic aired for the first time. Doug, Rugrats, and Ren & Stimpy aired at 10 am, 10:30 am and 11 am respectively. They were followed by Salute Your Shorts and Wild & Crazy Kids. Ah, the salad days. If you want to see the whole lineup that day, check out nichandmore’s list.

I have a hard time talking about old school Nickelodeon without hitting up YouTube, so , enjoy –

Google+ Makes Splash in Social Sector, But Will It Last?