Millennial Media has released its latest monthly SMART report, looking at the mobile advertising landscape. The report looks at the top verticals (six of which had triple digit growth YoY).

Some takeaways from the report include:

– Telecommunications was the top vertical for mobile advertising. This was primarily driven by carriers and device manufacturers that doubled down their mobile buys doing the holiday season. Windows Phone 7 devices in particular relied heavily on mobile advertising.

– Leveraging the increasing consumer desire to use LBS as part of the mobile experience, 22% of campaigns used a "store locator" as the desired campaign action.

– 14% of campaigns had a "social media" post-click campaign action-where consumers can interact with FB or Twitter, or perhaps post pictures to a custom site

– 57% of campaigns used a general broad reach, while 43% targeted a specific audience. Of the targeted campaigns, targeting by demographic was the most popular method. 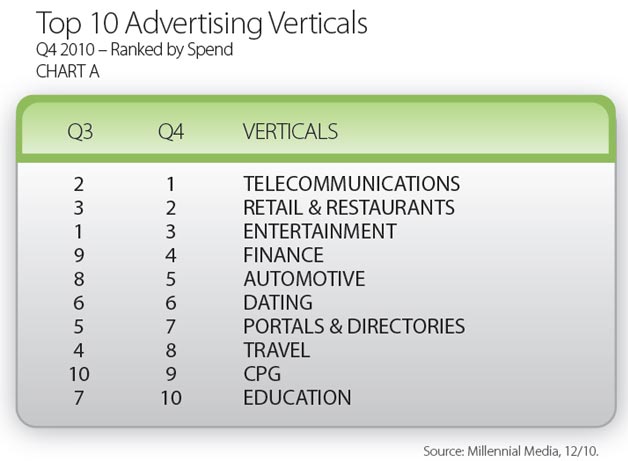 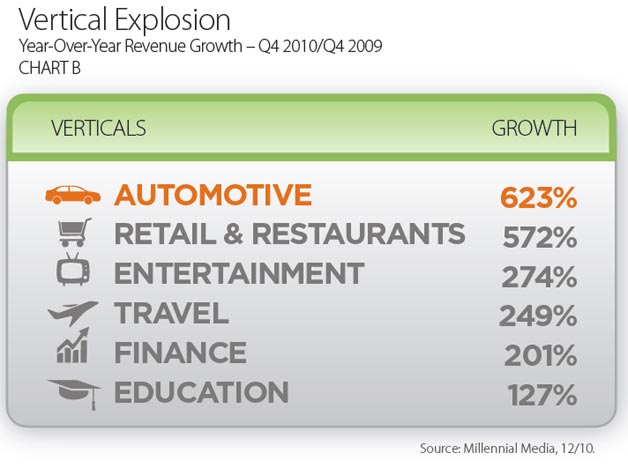 Eric Schmidt: Whatever You