YouTube recently started experimenting with renting video content as a potential new way for content producers to make money, which led to the question: will YouTube be the place to rent movies in the future?

YouTube kicked this initiative off by offering a few independent films from Sundance, an experiment which some saw as a failure, but YouTube appears to have found a success, saying that they increased exposure for the films by about 60%. YouTube is now looking to expand the content that it offers for rental, and is calling upon partners to bring more to the table. 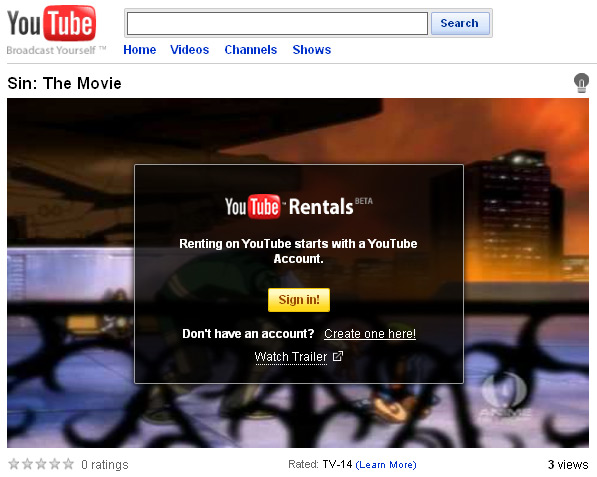 YouTube has invited a small number of additional beta partners in different categories to begin offering videos for rent, and now thousands of videos are available. YouTube offers the following examples:

"Through this new offering, content owners now have control over the entire lifecycle of their work," YouTube says. "They can migrate videos from rental to ad supported; they can set the price and rental duration. In short, they can test and customize their distribution to fit their audience’s habits and their business’ needs."

The company thinks topics and genres with small, but passionate audiences will better monetize with the rental model, as opposed to the ad supported one. They also note that paying users generally expect a longer duration from videos, as well as higher production value.

YouTube’s goal is to make rental an option for all content creators, and the company will invite more and more as improvements are made. There is currently an application process that content providers can go through if they want to monetize their videos this way.