Last week, we saw some interesting findings from AdMob about smartphone usage. Now Compete has shared some of its own findings with WebProNews. The firm recently conducted a Smartphone Intelligence Survey.

About 47% of T-Mobile smartphone users use their phones to find local branches and ATMs, while 45% of AT&T users and 36% of Sprint users reported doing this (see chart #1 for data). 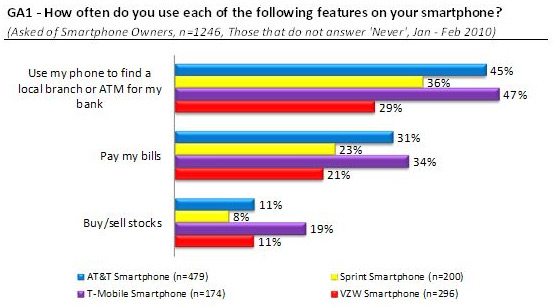 While the numbers were lower, 19% of T-Mobile smartphone owners used their phones to buy/sell stocks. 11% of AT&T and Verizon users also bought/sold stocks, while only 8% of Sprint users reported buying/selling stocks.

73% of smartphone owners reported using their devices for at least one shopping-related activity during the holiday season. 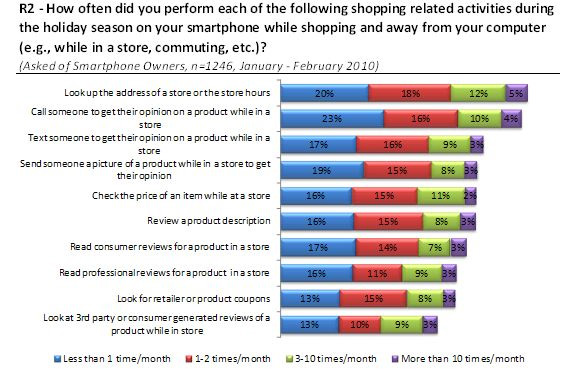 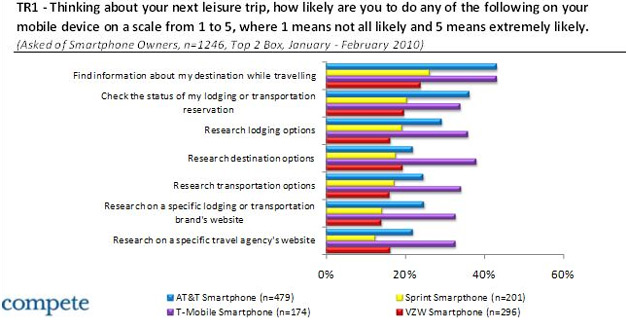 The findings present an interesting look at how people are using their devices to interact with the mobile web and make decisions.

Apple Owners Show Most Interest In Buying An iPad