The web browser market is as competitive as ever, as millions of people continue to download Firefox 4 and Microsoft and Google continue to improve Internet Explorer and Chrome respectively. Rockmelt, which puts the browsing experience on social – which most websites are already doing anyway, opened up to the public last month, and has now added even more social features.

New features for Rockmelt, which is based on Chromium (the open source fondation of Google Chrome), include improved Facebook Chat and real-time Twitter functionality. These come in the Beta 2 version of the browser, which Rockmelt began rolling out today.

It includes an all new Twitter app and a “view later feature, which appears as a function alongside the main URL field, allowing the user to bookmark a page, while tagging it to create running lists in the “View Later” app on RockMelt’s “App Edge.” 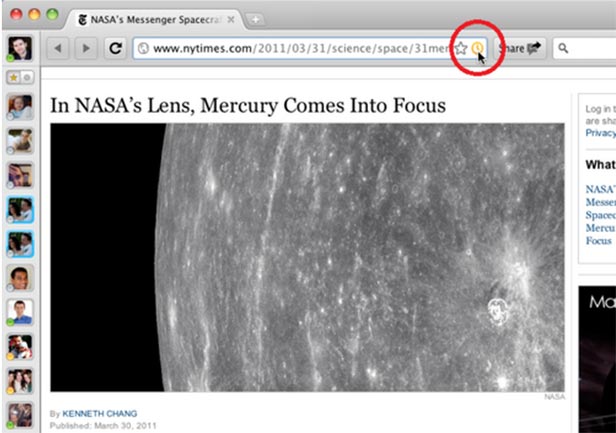 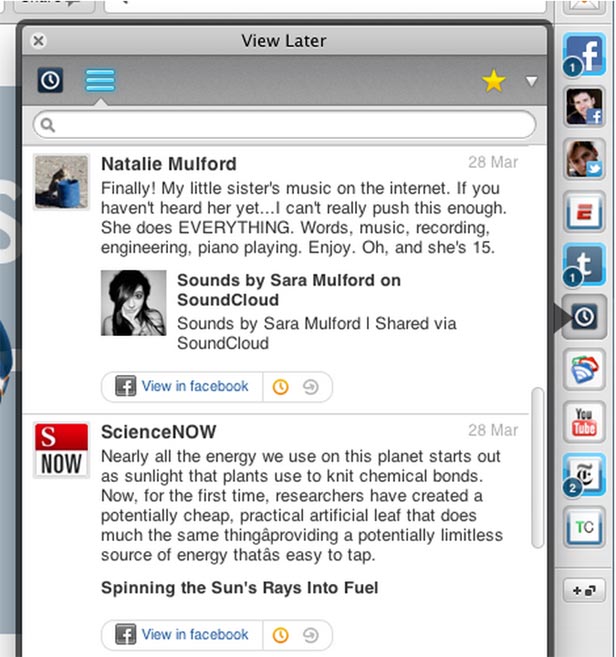 As far as the Facebook Chat improvements, they’ve added a lightweight chat bar at the bottom of the browser window so users can easily keep tabs on multiple conversations at once.

“Our founding goal was to re-imagine the browser,” said Eric Vishria, RockMelt’s co-founder and CEO. “We’re seeing unparalleled user engagement and the new functionality we’re rolling out will make it even easier and faster for users to consume and share content, and connect with friends, all within a discrete design that delivers rich functionality without being distracting.”

– On average, RockMelt users are spending over six hours per day in the browser and are sharing content every two to three days

– Users are having three chats via RockMelt per day