Oreo said today it set a Guinness World Records with the most “likes” for a brand on a Facebook post in 24 hours.

The record attempt began on Tuesday, February 15 at 9 a.m. EST, when the Oreo Facebook community of 16 million fans from around the world was invited to "like" the following post:  "’Like’ this post to join other Oreo fans around the world in setting a Guinness World Record for most ‘likes’ to a post in 24 hours.” 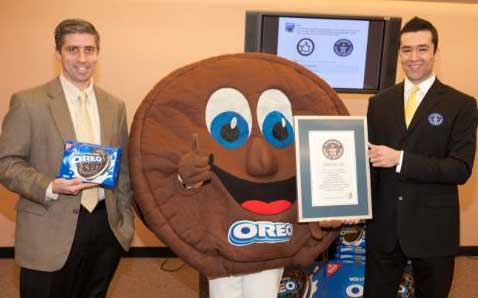 "We’re so proud of our fans who came together to make this momentous first happen.  So while our reign as record holder may be short but delectably sweet, like Oreo cookies, we proudly accept the record on behalf of our fans across the globe."

Could Full Article-Copying Be Ruled as Fair Use?