One of the major advantages of using Mega, at least according to Kim Dotcom, is that it has world class encryption that blocks anybody from snooping on the files you’re downloading. Now Dotcom wants to apply that same encryption to the world of email.

The Guardian reports that Dotcom plans to launch “an end-to-end encrypted email service” in the future. He says the email client would be fully secure so users “won’t have to worry that a government or Internet service provider will be looking at [their] email.”

A fully private email client would be welcome as more people are starting to look for more ways to secure their privacy. Microsoft may think that it’s a privacy warrior in its new Scroogled campaign, but the real threat comes from the Electronic Communications Privacy Act, or ECPA.

A pro-privacy email client could be very popular around the world, especially in developed nations where fears of email surveillance are high. The demand might be high enough for people who don’t use the Mega file storage service to at least use the email service.

So, when will this Mega email service become available? Dotcom’s talk at London, where he announced the service, didn’t go into details. He did, however, post this wonderful picture of his disembodied head on a projector screen:

I just spoke about the contract prosecution of #Megaupload to a large group of lawyers in London. http://t.co/LUvNiF0EO9 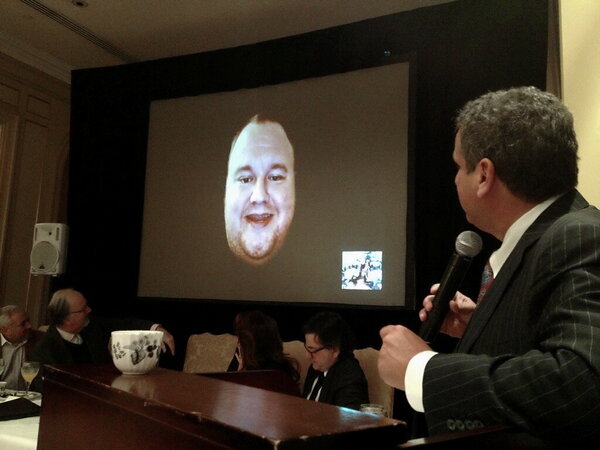 Matt Cutts Says You Should Use Autocompletetype On Web Forms