In total, there were 3.4 million hours of live streaming video and audio consumed, over 20 percent growth compared to 2009, with 3 million more unique visitors to the MMOD video player. Both figures represent the largest single day of traffic for a live sporting event on the Internet.

The MMOD "Boss Button" was clicked over 1.7 million times on the first day of the first round of the tournament. The "Boss Button" was redesigned for the 2010 tournament, it hides the live video on the screen and mutes the audio replacing it with a flow chart image. The 2010 Boss Button was designed by cartoonist Scott Adams, creator of the Dilbert comic. 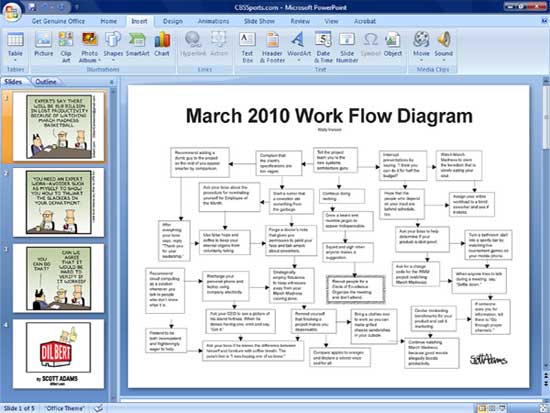 "It is the perfect combination of programming and the Internet. Our ability to successfully develop the product alongside steady growth in streaming programming for the Internet and wireless content provides many options and truly maximizes the Network’s NCAA bundled rights agreement."

Other highlights from MMOD traffic include:

The MMOD is also available on CNN.com, ESPN.com, Facebook, TV.com and CNET