Over the years, Facebook has grown into much more than a social network, including a place to shop. More and more brands are placing product listings on their Facebook Pages, a phenomenon, we’ve discussed more than once within the last week or so.

WebPronews had a chat with Doron Simovitch, co-Founder, President, and CEO of comparison shopping site Sortprice, which has a Facebook application for product listings that recently surpassed a 1,000 stores.

We asked if it is an exaggeration to say Facebook is going to change the face of e-commerce. "We don’t think it’s an exaggeration at all," replied Simovitch. "Facebook is now the most-trafficked website in the country, with an audience of hundreds of millions of people that is growing every day.  That’s an enormous base of potential customers that cannot be ignored by online retailers.  And they’re not.  More and more retailers are experimenting with tools to reach these Facebook users, and incorporate social networking into their operations overall." 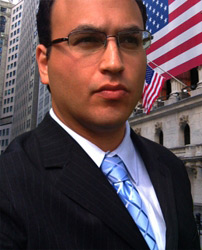 "As online shopping continues to gain popularity, social networking sites will increasingly be brought into the fold," he added. "This integration, then, is definitely something that is going to change how e-tailers do business."

More e-commerce platform vendors are no doubt going to begin offering Facebook apps, making the space more and more competitive. "We were pretty much the only game in town when we rolled out our merchant application in late 2008, but since then we’ve seen others follow suit with similar tools," said Simovtich. "For the same reasons we stated above, vendors recognize there is great potential in selling on Facebook and other social networking sites. Plus Facebook is pretty receptive to new applications that are of value to its users."

"We expect more product listing applications to emerge and continue to evolve with new features and tools," he continued. "Our team at Sortprice is always thinking of ways to upgrade and improve the Merchant Store application because we want it to remain the best retailer application on Facebook. But overall, as more people realize the e-commerce potential that Facebook offers, the more tools and applications you’ll see emerge for both shoppers and merchants."

We’ve seen that customers are starting to get more comfortable making purchases from their mobile devices. We wonder if customers will be as quick to find comfort in making transactions through Facebook. A retailer operating a store on Facebook via Sortprice’s app is providing product listings that are tied to their own site, as is the case with other e-commerce Facebook apps. Still, Facebook has shown that consumers can buy physical goods through the social network with its virtual currency, which could become more commonplace in the future, particularly as major players compete to dominate the mobile payment platform space.

We also wonder if Facebook’s enormous popularity, and the e-commerce potential that comes along with it has the ability to threaten search engines as the preferred way to find products to purchase.

"As more people learn about shopping opportunities on Facebook, the more they’ll start to look at it as a viable means of shopping online," Simovitch said. "That being said however, no one will ever confuse Facebook for a shopping-only resource and thus, it’s not a threat to shopping search engines."

"We think of it more as an alternative or even something retailers can use in conjunction with their existing shopping portals," he said. "The interactive nature of Facebook is what makes it such a good complimentary tool for retailers—they can offer users the ability to build product wishlists that their Facebook friends can comment on, as well as give shoppers access to product reviews and images.  Some of our merchants have run contests or giveaways through their Facebook fan/store pages as well.  It really enhances the research side of shopping online in a constructive and even fun way."

Last week, we talked to Mitchell Harper, CEO of BigCommerce, which just launched another Facebook e-commerce app called SocialShop. Have you tried either of these products or other similar apps? Which do you prefer? Is listing products on Facebook worth your time? Tell us what you think.