Google announced a new Device Policy app for iOS as the counterpart to the one currently available on Android. This is aimed at helping IT admins manage employee apps.

“Working on the move has gotten pretty easy. With just your phone, you can set up your next meeting in Calendar, keep track of your expenses in Concur and follow up with a new client in Gmail,” says Sumit Chatterjee, Program Manager, Google Apps Mobile Management. “And as the IT admin, it’s now easier than ever to get your team up and running on their own devices with Google Apps Mobile Management. Starting today, with the new Device Policy app on iOS, employees can easily see which apps are company approved, install them, and keep getting things done. On Android, admins can already use the Device Policy app and Google Play for Work to manage devices and apps (MDM and MAM for alphabet soup lovers), while on iOS, admins can also already manage device policies like requiring passwords and removing company information with account wipe (MDM) directly from the Admin console.” 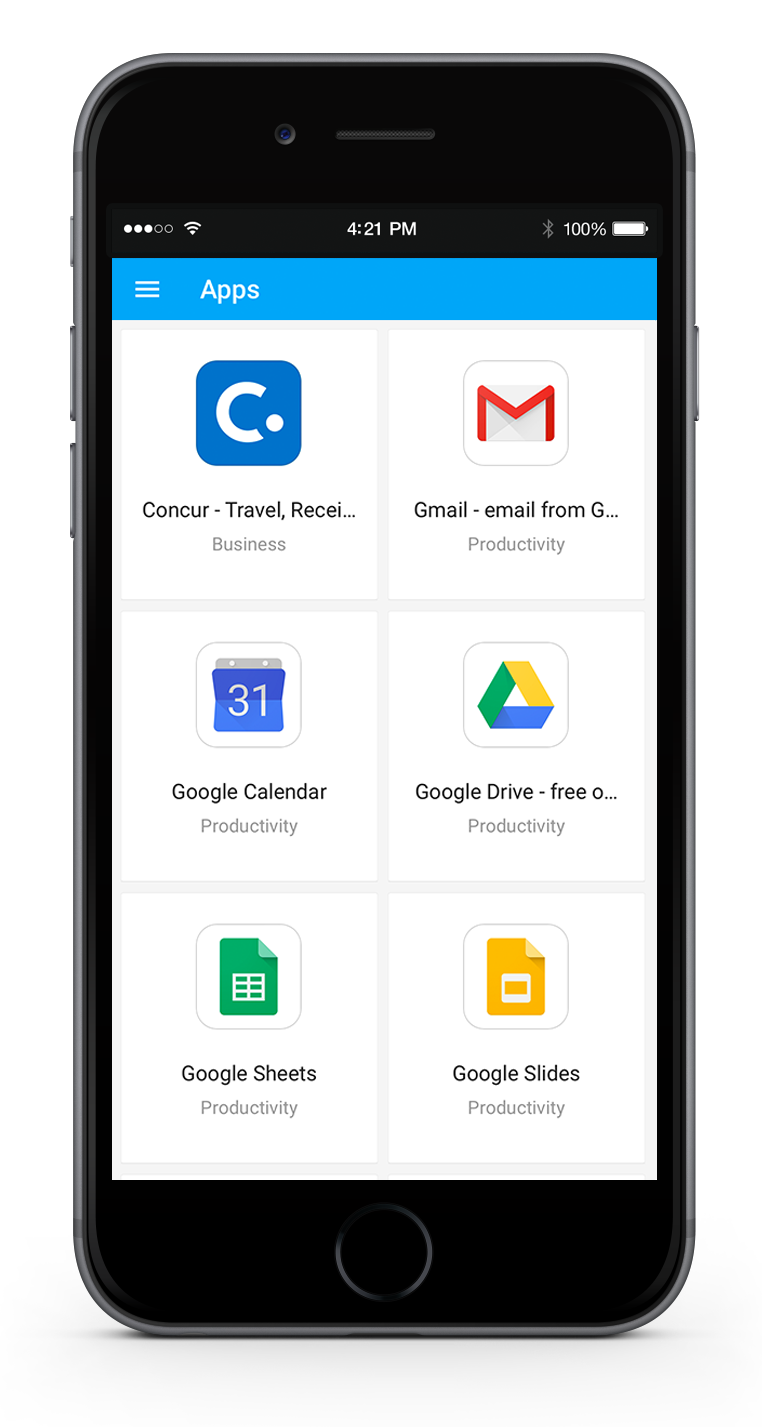 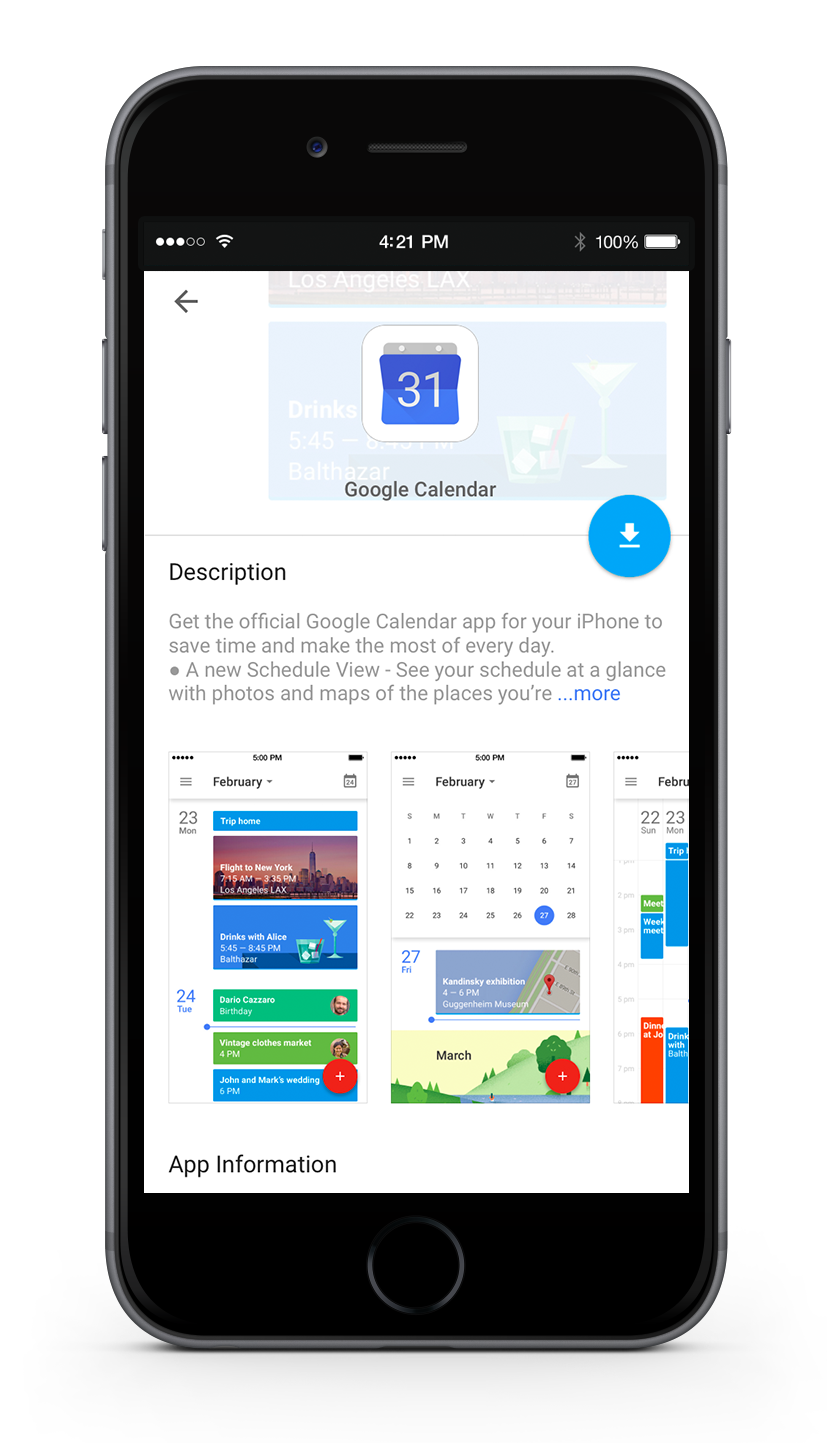 Admins will be able to easily whitelist apps from the iOS device management section in the Admin console. 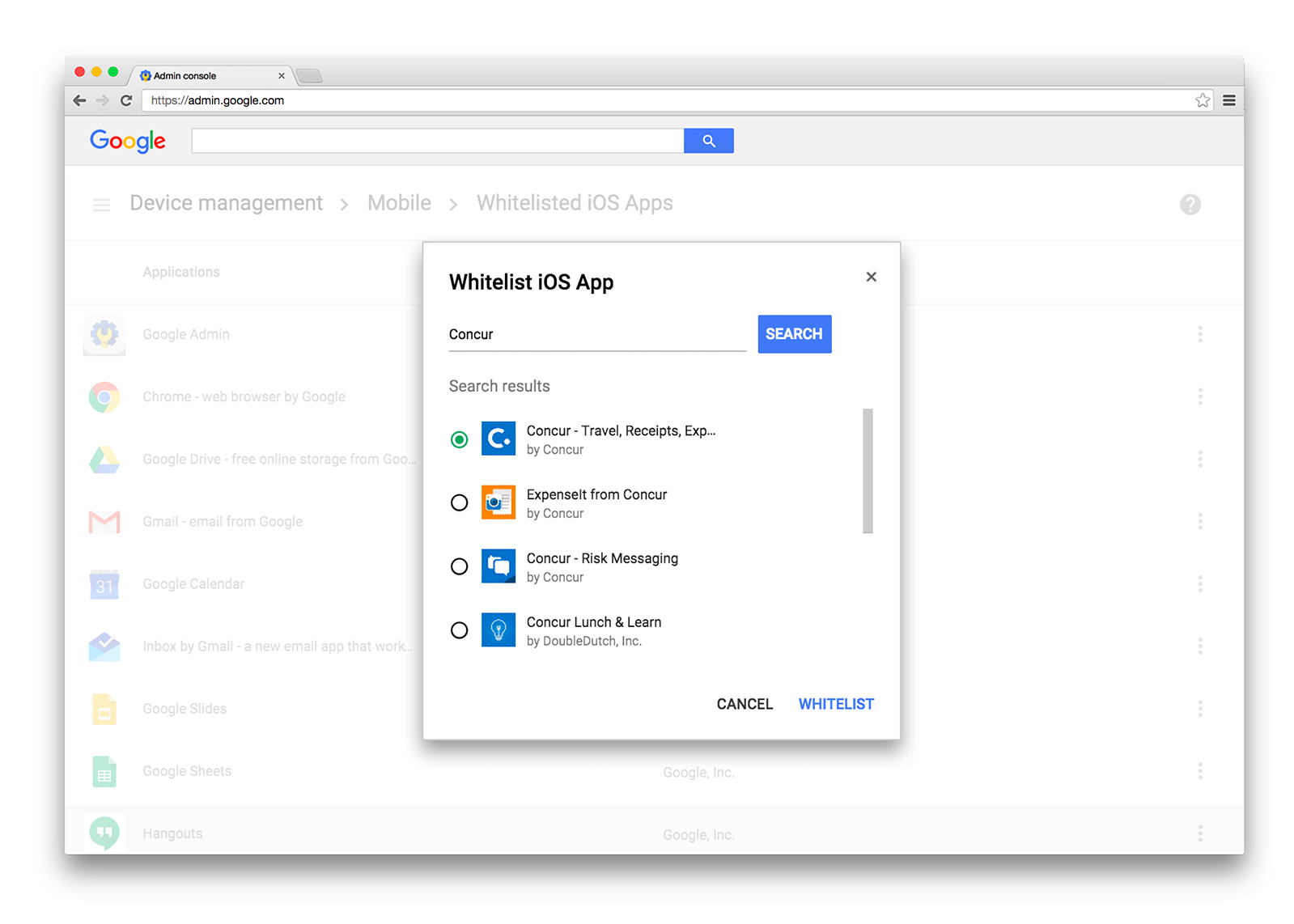 “Because security has always been a top priority for Google, we’re continuously working to stay ahead of those with bad intentions,” Chatterjee says. “But the latest security is only as good as the number of people who use it, and that’s why mobile management — including MDM and MAM — is simply a part of Google Apps for Work, so you can just start using it, nothing to buy. We spend a lot of time on those devices in our pocket, so take advantage of everything included with Google Apps for Work, and let us know what’s working and what could be better in the Google for Work Community.”

You’ll find the new app in the App Store.