According to the Wall Street Journal, YouTube is looking to launch skippable ads in YouTube videos later in the year. Google reportedly talked about this in a press conference at its "Real-time Bidding, Banner Ads, Google’s Newest Big Business and Burgers" event.

WSJ quotes senior product manager Baljeet Singh as saying, users would be able to skip pre-roll ads, that advertisers wouldn’t be charged for skipped ads, and that Google’s "been playing around with it for the last three quarters and seeing really great results." He reportedly said that this would encourage advertisers to invest in compelling ads. 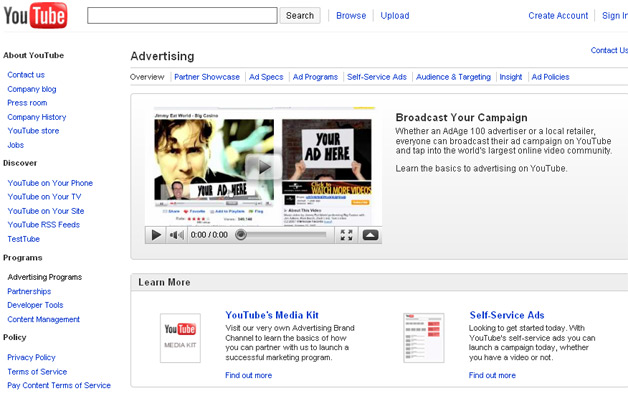 Meanwhile, Google is also testing more cost-per-action strategies. Pete Barlas with Investor’s Business Daily says the company has stepped up testing in this area over the last six months.

He quotes a Google spokesperson as saying, "As we are currently in the process of collecting and analyzing data from this ongoing beta, we don’t have any metrics or much more to share on this topic at the moment."

Meanwhile, Google has certainly been making plenty of refinements to its cash cow, AdWords. This week, Google launched new Goals options, and has recently added the " Analyze Competition " feature to the opportunities tab. They also launched a new click-to-call from Apps format, announced the Google Display Network, some changes to reporting, and the availability of sitelinks in all AdWords campaigns.

Watching Netflix on Android is Only a Matter of Time