Nearly half (49%) of U.S. adults trust Apple, Microsoft and Google, according to a new Zogby Interactive survey.

Microsoft, Apple, Facebook and Google are all more trusted than traditional media, which had a trust level of 8 percent. 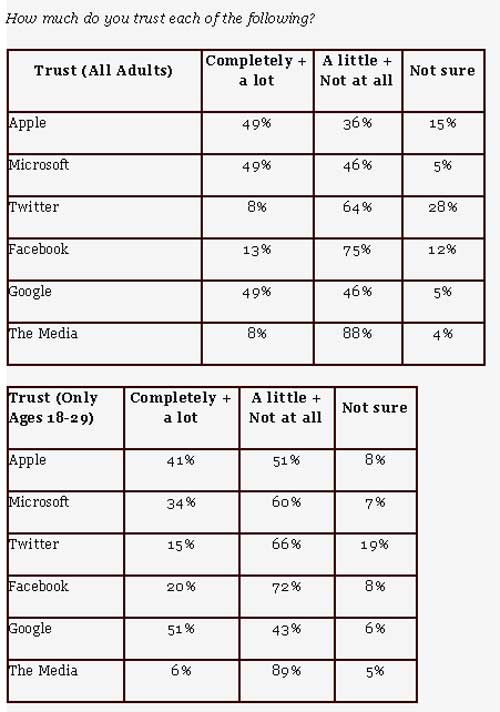 Google Maps for Android Gets an Upgrade