Facebook made three major announcements today. These include: a way to download your Facebook info, a new dashboard for applications you use, and a new Groups feature. The theme each of these was presented under is that of giving users more control.

Facebook announced the launch of  a new feature that allows you to download all your Facebook data in one file. You can simply go to a page, click that you want to download your info, and Facebook will zip it and email it to you. This will apparently include all info, including wall posts, photos, videos, friend lists, events you’ve joined, etc.

Facebook says it is "taking security very seriously" because it contains personal information. It looks at if you’re coming from a computer you usually use, uses personalized CAPTCHAs, etc. It won’t include data you’ve deleted in the past.

This feature will begin rolling out today.

Applications You Use Dashboard 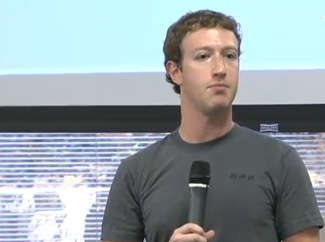 The new Applications You Use Dashboard looks at all the apps you use and shows the last time they accessed data that you allowed them to access.  It also lets you change the permissions or revoke them from there if you want.

"As you start having more social and personalized experiences across the web, it’s important that you can verify exactly how other sites are using your information to make your experience better," said CEO Mark Zuckerberg.

Once upon a time, Facebook launched friend lists, and they can certainly be useful for organization, but only 5% of people use them, according to Mark Zuckerberg. "In reality, almost no one wants to make lists," he says.  Now, they’ve launched new Groups (they won’t delete the old Groups, but they’re changing from here on out).

These Groups are designed to let you separate your different groups of friends in ways that make sense. Whether its your family around the dinner table, your team in the locker room, or your close friend at the bar, these groups each have their own histories and social norms, as the company puts it. These new groups bring that same kind of functionality to Facebook.

After a long explanation by Zuckerberg and other Facebook team members, it’s still a bit unclear why people will jump on this more than they did friend lists, but I guess we’ll see. It certainly has more functionality, but the company seems to think this is going to change how people use Facebook in general.  I’m not saying it won’t, but it’s hard to say, if that few people even use lists. 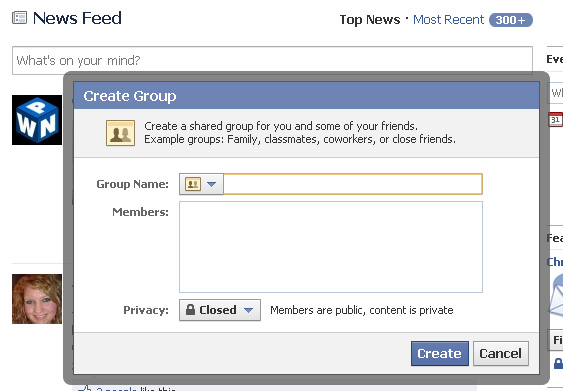 Groups include shared space, group chat, and email lists (which is interesting in itself, based on comments made by COO Sheryl Sandberg a while back).

If you don’t want to be in someone’s group, you can leave. You’ll be notified when you are added. Everyone in the group is notified when a new member is added.