Google announced some updates to the Chrome beta channel, and the arrival of Chrome 11.0.696.16 beta for Windows, Mac, and Linux. New to Chrome 11 are: an HTML5 speech input API, GPU-accelerated 3D CSS, and of course the new Chrome logo.

“Fresh from the work that we’ve been doing with the HTML Speech Incubator Group, we’ve added support for the HTML5 speech input API,” explains Google software engineer Satish Sampath. “With this API, developers can give web apps the ability to transcribe your voice to text. When a web page uses this feature, you simply click on an icon and then speak into your computer’s microphone. The recorded audio is sent to speech servers for transcription, after which the text is typed out for you.”

A demo of this can be found below: 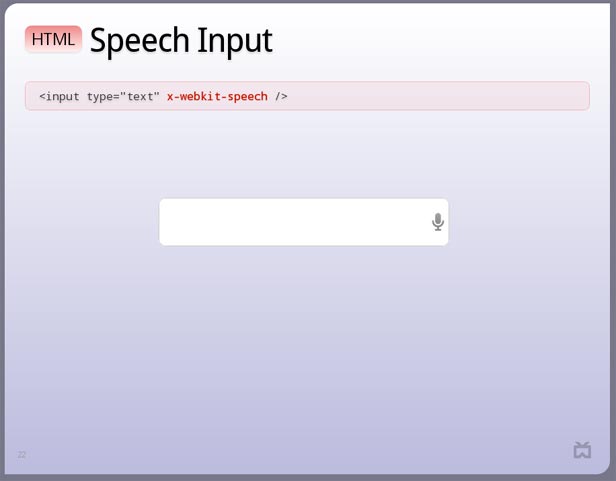 You can talk to search, just like you can on your phone. I’m not sure how often this will be preferable from the desktop, but it’s a cool feature nevertheless.

Then there’s the new logo. “Redesigning the icon was very much a group effort,” says designer Steve Rura. “Collectively, we explored many variations, tried the icon in several different contexts, and refined the details as we moved along. It was important to maintain consistency across all media, so we kept print, web, and other possible formats in mind. Once we arrived at a good place, we finished up the icon by resizing, pixel-pushing, and getting everything out the door.”

Personally, I kind of like the old one better, it’s certainly more 3D.

Elizabeth Taylor: Remembered On The Web