The majority (80%) of Canadians, or 21.7 million people, used the Internet for personal reasons in 2009, up from 73 percent in 2007, according to a new survey by Statistics Canada.

Rates of Internet use increased in every province during this two-year period. The largest relative increase in Internet users occurred in New Brunswick and Newfoundland and Labrador (+15% each over 2007). Rates were highest at 85% in both British Columbia and Alberta, followed by 81% in Ontario.

Internet Evolution has come up with their first-ever list of the top 100 most innovative and influential people in the Web 2.0 world. In the social networking category, Mark Zuckerberg, the Founder of Facebook, beat out Kevin Rose, the Founder of Digg. 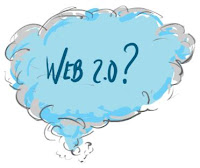 Many people who use the internet daily run into the term web 2.0 and many of those people don’t know what it means. This is actually very understandable considering that for most people the internet does not seem any different than when they were first exposed to it.

The Pew Internet & American Life Project and the Internet Center at Elon University teamed up to survey 895 experts about the future of the Internet and its affect on human intelligence.

Auto dealers say the Internet has provided them with the highest return on investment (ROI) over the last five years, according to a new survey from Autobytel.

As previously reported, Google is planning to build and test "ultra high-speed" broadband networks in select communities around the U.S. We contacted Google to try and find out a bit more about what criteria Google is looking for to make its selections for these trial locations.

Last year, 12% of Super Bowl viewers used the Internet while watching the game according to data from Nielsen. Those that used the web spent an average of 24 minutes online during the game. It would not be at all surprising if those numbers increased significnatly this year.

Last night, Google announced that it filed a submission to the FCC, asking it to designate Google as one of potentially several administrators of a "white spaces" geolocation database. Back in November of 2008, the FCC approved the use of these White Spaces, or unused airwaves between broadcast TV channels, for public wireless broadband service.